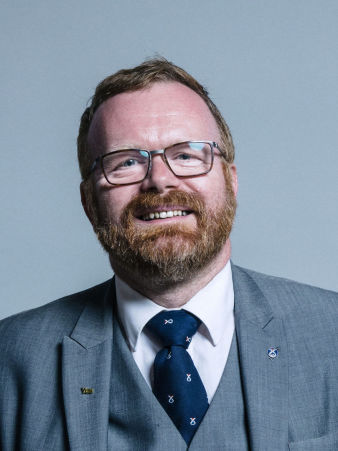 Martyn Day, the Member of Parliament for Linlithgow and East Falkirk, raised the plight of 300,000 vulnerable people in DWP questions today.

Mr Day commented that some 1.23m people don’t have bank accounts and wanted to clarify with the Government how the most 300,000 vulnerable customers will access their benefits once the Government has closed the POCA scheme which they use instead. However, no reassurance was given from the Government as Minister Opperman merely reiterated that with business society or credit union accounts would be able to access their accounts.

In response to this, Martyn Day commented: “It shouldn’t be forgotten that official Government figures show that the Government only recognise 30,000 vulnerable people around the country having only contacted this number to offer them a delivery service of cash over the Covid period. However, a recent National Federation of SubPostmasters (NFSP) has shown that on average, subpostmasters and their staff ‘keep an eye on’ 25 potentially vulnerable people – meaning that post offices may act as an informal and unpaid support mechanism for around 300,000 vulnerable people across the UK.  With this in mind, the DWP needs to make sure that this substantial number of people are suddenly unable to access their benefits because of changes in the system that they don’t have any influence on”.

He continued “It is also worth highlighting the fact that many of these vulnerable people are able to function because of our Post Office network. The same research shows that 88% guide vulnerable customers through banking or bill payment transactions every day or most days of the week and 93% of subpostmasters described their post office as a safe place for local people if they need help or feel threatened. However, many post offices are under threat because the Post Office subsidy has not yet been renewed.  Considering the vital role that post offices play across the UK and continuing the subsidy payment should be a priority for Government”.