'Getting Freight Off the Roads' Meeting in Parliament 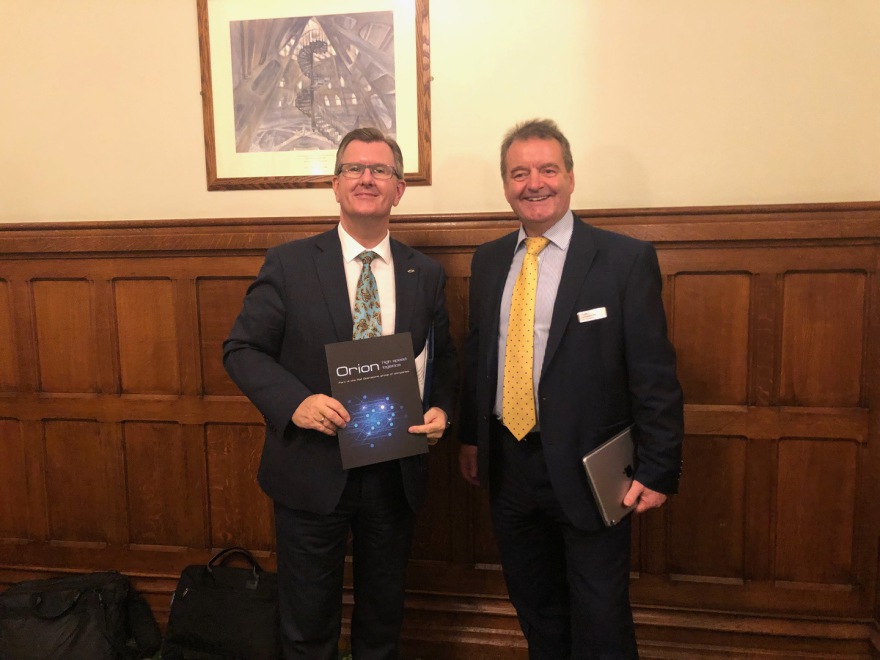 Jeffrey Donaldson MP and Jack Brereton hosted an event in Parliament to promote the idea of getting freight off the roads by using light rail infrastructure adapted for freight.

Opening the event, Jeffrey Donaldson MP highlighted the problems of logistics, productivity and climate change that are caused by an over reliance on road freight.

Commenting on the event, Jack Brereton MP, a prominent member of the Transport Select Committee said that use of these new light logistics trains are an important component of meeting carbon targets, of improving reliability of delivery and cutting deaths on the roads.