bira takes its business rates proposal to the Houses of Parliament 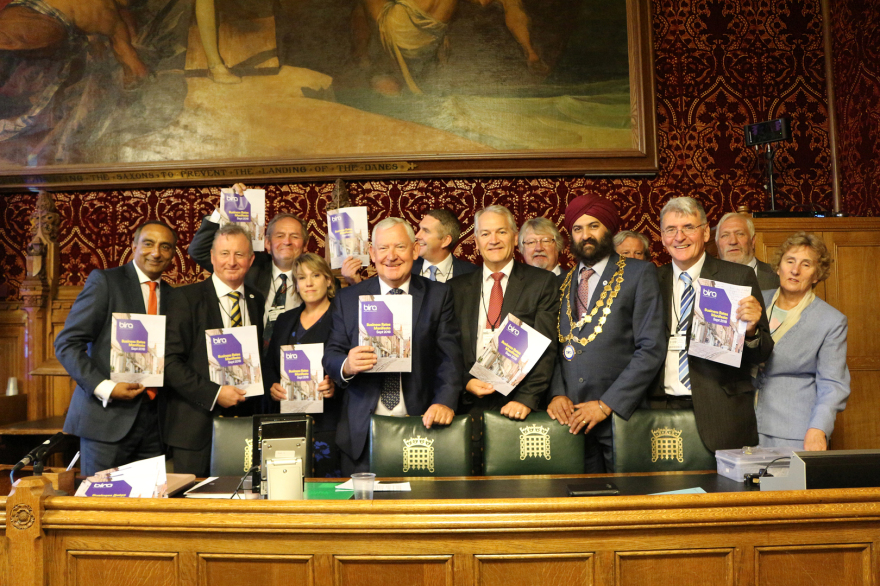 bira asked MPs to consider changing the current £12,000 threshold to an allowance, as a much-needed short-term solution. It is bira’s belief that an allowance would help the majority of small retail businesses and make the difference between closing or surviving in 2018 and beyond.

Retailers pay nearly one quarter of the collective business rates bill, some £7 billion annually, far more than any other industry. With business rates not being charged on a businesses profitability, it is bira and its members contention that this creates a system that fails to place the burden of taxation on those that are most able to pay.

The visit to the Houses of Parliament, follows a two-year campaign on this issue. The strong campaign of engagement has included representation to a number of Parliamentarians and Government departments to discuss proposals, including Number 10 and the Treasury. As a member-led organisation, bira is keen to develop a strategy that works for businesses and believes that an allowance would achieve that objective.

Alan Hawkins, CEO of bira said: “Whilst the Government offered some help to smaller businesses in the last revaluation, by doubling the Small Business Rates Relief threshold from £6,000 to £12,000, (and tapered relief up to £15,000) this doesn’t help the majority of retailers, who on average have a rateable value of £34,000.

“We propose a simple allowance, ahead of a full review of the system, using the same principles of the personal allowance applied to income tax, and through this we believe the majority of those businesses struggling with their tax would see a reduction in their rates. All those below the allowance (which could be for example £12,000) would be out of the system completely, cutting down the resource needed to process these.”

Alan added: “Bricks and mortar retailers are already at a disadvantage and being asked to compete on an unlevel playing field. Many retail businesses saw an increase in their rates bill last year, whilst the average bill for Amazon fell by 1.3%. Our proposal would redress some of the balance, as an allowance would automatically reduce the bill of those businesses that need the most help.”

Sir Geoffrey Clifton Brown MP, who is championing the campaign said: “I was extremely impressed and encouraged by bira’s proposal. It offers a simple and practical method, which would bring instant relief to many thousands of hard-pressed retailers, who are the back bone of our country.”

Surinder Josan, National President of bira for 2018-19 and owner of All Seasons DIY in Smethwick in the West Midlands, said: “Retail has evolved over the last decade. New businesses entering the field are pushing the way forward, bringing in new and exciting ways to reach customers. The business rates model, which was applicable decades ago is simply no longer fit for purpose. It’s time to apply a new method of taxation to address the imbalances across the bricks and mortar and digital landscape.”

Monika Curry runs Bodenhams fashion store in Ludlow, Shropshire, with her husband Roger, whose family has owned the business for five generations. She said: “Business rates are our biggest headache. Our rates increased from £18,500 to £24,000 as our basic rateable value almost doubled, which resulted in a 30% increase in the bill and it’s due to increase by another £2,000 next year. What is frustrating is that the money is not really going back into the town. It is being spent across the county.”

bira believes that an allowance would mean simplification of the relief system. It would mean that there would be no need for a Small Business Rates Relief as there would be a standard application for all businesses across the country, as opposed to the complicated system at the moment, which varies from Council to Council and currently costs the Government £2.6 billion.

The visit to the Houses of Parliament, follows bira’s visit to Downing Street in August 2017, where representatives presented Jimmy McLoughlin, special advisor at Number 10 with the first version of the proposed plan, which has been developed by bira’s Legal and Parliamentary Affairs Committee.

Alan said: “Today was a very significant moment in business rates reform and to have such an audience has been extremely encouraging. It shows that bira’s proposed solution to the unfair tax is gaining traction and that the Government is looking for a fair and simple solution, which is what we can offer. There is still work to be done and we won’t give up until independent retailers are on a level playing field.”